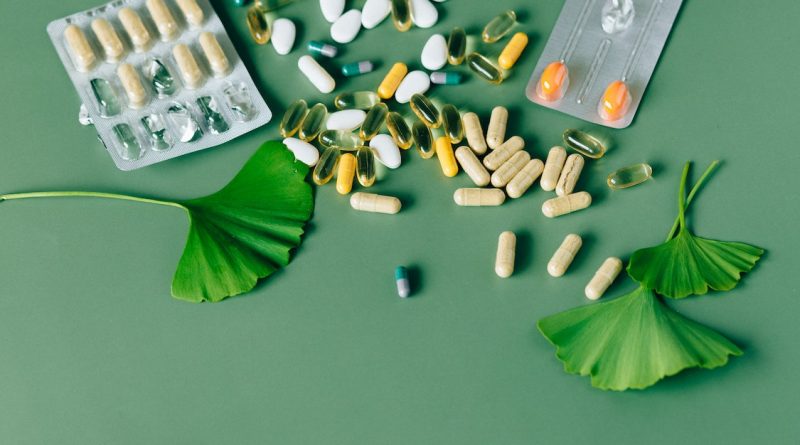 Increasing your intake of certain vitamins and minerals can boost your immune system and reduce your risk of contracting diseases. By increasing your intake of these nutrients, you will be able to enjoy a better sleep and a decreased risk of illness. Many people in the United States struggle to get a decent night’s sleep. In fact, up to 30% of the population experience disruptions in sleep at least some of the time. One way to improve your sleep is by making your bedroom a sleep-friendly environment and getting up and going to sleep at the right time. Nutrition Advisor LLC can help you improve your health with more nutrition advice and products.

Research suggests that Vitamin C can support cardiovascular health. Cardiovascular disease accounts for one out of four deaths in the United States and is caused by a variety of risk factors. The most common type is coronary artery disease, which can result in heart attacks. In high-risk individuals, Vitamin C may reduce some of these risk factors.

However, high-doses of vitamin C may interfere with certain medical tests. For example, high levels of vitamin C may interfere with urine glucose tests and stool tests for occult blood. It can also increase the absorption of aluminum from medications. It may also be harmful to individuals with kidney disease. Despite the risks associated with vitamin C intake, it is believed that it can reduce the side effects of cancer chemotherapy.

Vitamin C can help lower blood sugar levels and prevent diabetes. Diabetes is characterized by chronically elevated blood sugar. Blood glucose is the primary source of energy in the body and facilitates the absorption of nutrients in the organs. Foods rich in carbohydrates are broken down into glucose by enzymes, which are then absorbed into cells for energy use.

Vitamin C supplements may help decrease the duration of common colds. Studies have shown that taking vitamin C before symptoms appear is effective for both adults and children. However, it is important to note that vitamin C supplements should not be taken once the cold symptoms have begun. However, if they do reduce the duration of the cold, they may have a beneficial effect.

Vitamin C is a water-soluble antioxidant that can protect essential molecules in the body from damage caused by free radicals and reactive oxygen species. These free radicals are produced by normal metabolism and active immune cells, and vitamin C can limit the amount of damage they can cause. Furthermore, vitamin C can participate in the redox recycling of other antioxidants, such as vitamin E, by regenerating it from an oxidized form.

Vitamin C has many benefits for the body, but it is best known for its role as an antioxidant. Antioxidants patrol the body for harmful free radicals that contribute to the cell damage associated with diseases and illness. It can also help the body absorb iron from plants, which is an especially important benefit for those who do not eat meat or poultry.

A systematic review of 11 trials on vitamin C administration revealed that vitamin C could reduce the occurrence of exercise-induced bronchoconstriction, a transient narrowing of the airways, and a drop in FEV1 (the Forced Expiratory Volume in one second) following vigorous exercise. The intake of vitamin C before exercise significantly reduced this decline. These findings suggest that vitamin C may be an effective treatment for patients with difficult-to-treat cancers.

Vitamin C is a nutrient found in foods such as fruits and vegetables. Citrus fruits and red and green peppers contain the highest amounts. However, it is also available in supplements. The most common type is in the form of capsules or chewable tablets. While Vitamin C supplements have antioxidant properties, they do not offer as much benefit as the natural antioxidants found in food.

While vitamin C supplementation does not appear to increase cancer risk, there is some evidence that it may be a pro-oxidant. It may increase the risk of chromosomal or DNA damage, and in some cases, contribute to the development of cancer. However, some studies have not found any evidence to support these findings. 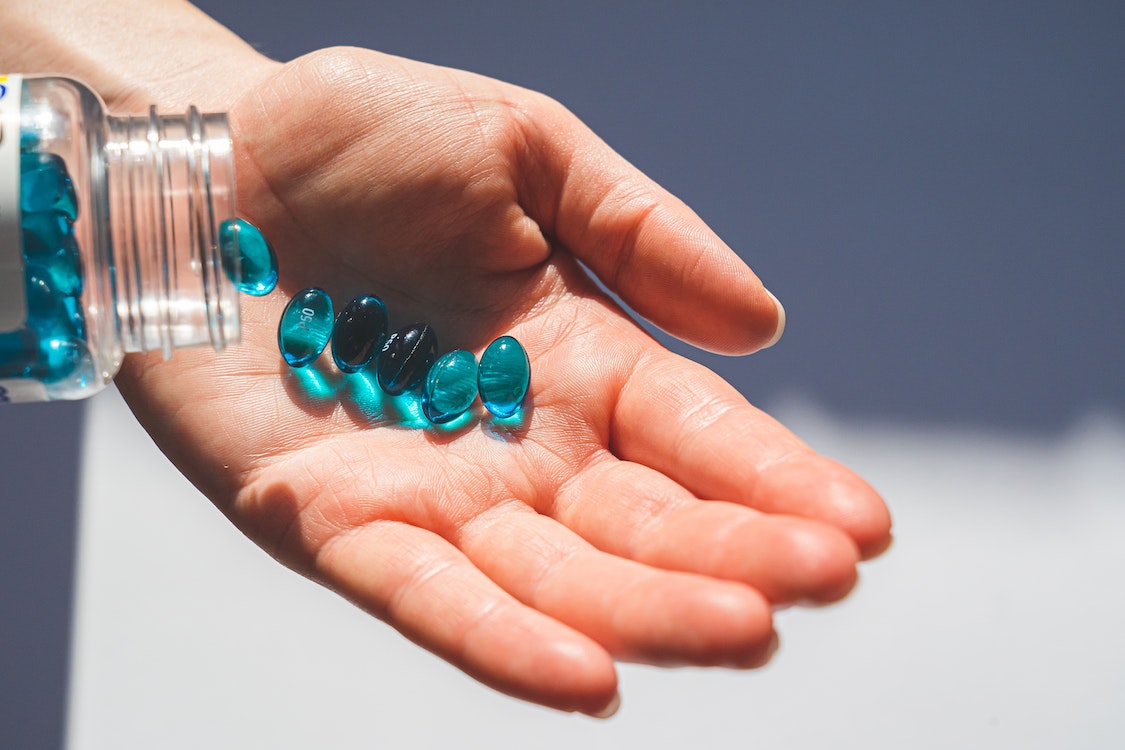 Vitamin E is an antioxidant, which means that it protects against the damaging effects of free radicals. Free radicals are produced when our bodies break down food and by exposure to harmful elements, like sunlight and tobacco smoke. The brain is particularly susceptible to oxidative stress. However, vitamin E can cross the blood-brain barrier, protecting neurons from oxidation. This may prevent cognitive decline as the brain ages.

Vitamin E has a wide range of benefits, from helping our cells to improving our immune system. It prevents oxidative damage, and protects our bodies from many diseases. Studies have also shown that it can help our heart and brain function. Taking vitamin E can prevent chronic diseases associated with high levels of free radicals.

Vitamin E supplements may reduce the risk of cardiovascular disease. Researchers have discovered that vitamin E helps fight inflammation and may have important functions in various diseases. For example, it may be useful in the treatment of asthma and allergies. It has also been found to interact well with other dietary factors. Therefore, raising public awareness of vitamin E supplements can improve the health of many people.

Vitamin E is a fat-soluble vitamin and appears to play a role in limiting LDL-cholesterol oxidation, a process that makes LDL “sticky”. Oxidized LDL promotes plaque accumulation in arteries, which leads to atherosclerosis, a major risk factor for heart disease. Vitamin E may also prevent the thickening of blood-vessel walls, allowing them to dilate more. Improved blood vessel health is a key factor in good cardiovascular and cerebrovascular health.

Vitamin E is found in various foods and oils. The richest sources include vegetable oils and nuts, which contain high amounts of alpha-tocopherol. Other foods that are rich in vitamin E include green leafy vegetables and fortified cereals. Tables 1 and 2 list the top sources of vitamin E.

Vitamin E has shown promise in treating various chronic diseases, including cancer. However, there is little evidence that it reduces the risk of heart attacks and stroke. However, a meta-analysis of seven small, placebo-controlled trials has found no conclusive evidence that vitamin E improves flow-mediated vascular dilation, a key indicator for the health of vascular endothelial cells. In the Cambridge Heart Antioxidant Study, 2,002 patients with coronary artery disease were given daily supplements of synthetic a-tocopherol. Supplementation reduced the risk of nonfatal myocardial infarctions by 77%, but it did not significantly reduce total or CVD mortality.

Vitamin E is a fat-soluble compound, and so is not flushed out in the urine. Therefore, it must be taken in moderation. Excess vitamin E can cause several adverse effects, including excessive bleeding, nausea, blurred vision, and reproductive health problems. In addition, vitamin E may interfere with certain medications. For this reason, it is not advisable to take vitamin E supplements during treatment for cancer, as they may reduce the effectiveness of the chemotherapy.

Although vitamin E is found in foods, it is not always available in enough amounts in the diet. In fact, the Recommended Dietary Allowance for vitamin E is only 15 milligrams per day. In some cases, people can obtain higher amounts of vitamin E through supplements. However, these amounts aren’t enough to prevent serious health conditions.

There is some evidence that vitamin E can help maintain cognitive health and delay the decline of cognitive function. A small number of interventions have examined the effects of vitamin E on Alzheimer’s disease. In a placebo-controlled trial, it slowed the progression of the disease, and increased the median survival rate.

Research suggests that taking vitamin E supplements may have some positive effects on the risk of prostate cancer. However, these trials have been inconsistent. However, studies have found that men taking 400 IU of vitamin E daily reduced their risk of developing the disease by 71%. Further, men who quit smoking and took vitamin E supplements every day had a 32% lower risk of developing the disease.